Would David Cameron’s tax-lock law be legally binding or just a political gimmick?

David Cameron has promised that if the Conservative Party wins the general election, it will introduce legislation to prevent any rises in rates of income tax, National Insurance and VAT during the 2015-20 Parliament. This may well be an astute way of emphasising a key point of difference between the Conservatives and Labour. But is it, as Labour has suggested, merely a political “gimmick”? What legal difference, if any, would such legislation make? 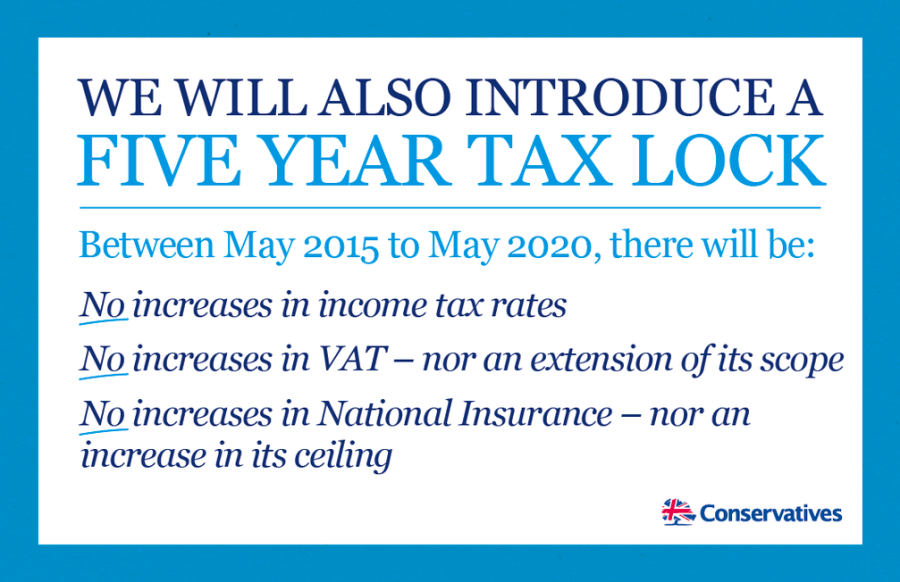 The answer to that question turns upon two key variables, neither of which are presently known: namely, the political composition of the House of Commons following the election and the drafting of the proposed legislation. The simplest scenario — and the one that comes closest to allowing the proposed legislation to be characterised as nothing more than a political gimmick — involves a majority Conservative Government and a straightforwardly drafted bill that does not purport to be entrenched. Such legislation would be vulnerable to repeal or amendment by any subsequent legislation enacted in the normal way. In other words, a Conservative Chancellor’s hands would not be legally tied because the Conservative Party would be in a position, by virtue of its majority in the Commons, to cause the enactment of fresh legislation overriding the tax-lock law.

There are, however, two further points to consider: one political, one legal. First, it would doubtless be acutely politically embarrassing for the Conservatives to pursue such a course. There is always, of course, some degree of embarrassment attached to broken political promises, but to break a promise that had been placed front and centre by enshrining it in law would be especially mortifying. Second, as a matter of constitutional law, legislation normally has to be approved by the House of Lords as well as by the Commons unless the Parliament Act 1911 is invoked. That Act in effect permits the Commons to legislate unilaterally, but only after the House of Lords has kept it waiting for a year. However, the Lords’ capacity to delay legislation does not apply to bills certified by the Speaker of the Commons to be “Money Bills”, which legislation revoking the tax-lock would presumably be. The upshot, then, is that tax-lock legislation would not provide any legal guarantee against tax rises because that legislation could itself be amended or repealed by a Government with majority control in the Commons, albeit that the political cost of doing so might be high.

So much for a scenario involving unentrenched legislation enacted at the behest of a majority Conservative Government. What, however, of other possible scenarios in which the political and legal variables might play out differently? As far as the former is concerned, one possibility — indeed probability — is that the Conservatives, even if in Government, might not have a majority in the Commons. This might, in the first place, make it impossible for the proposed tax-lock legislation to be enacted. If was enacted, the politics of its repeal or amendment would also be different. It is impossible to predict in advance what might happen, but it is fair to say that whereas a majority Conservative Government could be reasonably confident of its capacity to legislate so as to override the tax lock, a minority Government would not be able to take that for granted. It follows, then, that in circumstances involving something other than a majority Conservative Government, tax-lock legislation, if enacted, might well prove more durable — not because its legal status would be different, but because its repeal might be harder to secure.

If the Conservatives are really serious about a tax lock — rather than merely serious about conveying the impression that one has been created — they could consider seeking to entrench the legislation. This could be attempted in one of at least two ways. First, there could be an attempt at contingent entrenchment. The Act might, for instance, stipulate against its repeal or amendment except by legislation supported by a two-thirds (rather than a simple) majority. This would provide some reassurance that even a majority Conservative Government would be unable unilaterally to pick its own tax lock. Whether a court would rule legislation that sought to override the tax-lock law invalid unless supported by a two-thirds majority is, however, unclear: there is some tentative judicial support for Parliament’s capacity to engage in this sort of entrenchment in the Jackson case, but there also clear judicial opinion, in cases such as Thoburn, to the effect that Parliament cannot entrench legislation. That said, however, the political obstacles to disregarding not only the substance of the tax lock but also a procedural super-majority requirement might prove insuperable.

A further possibility is that time-limited absolute entrenchment might be attempted. For example: “This Act may not be repealed until 8 May 2020.” However, even those who suppose that Parliament can engage in effective contingent entrenchment (e.g. by means of a special-majority requirement) do not go as far as to argue that it can engage in absolute entrenchment by making it impossible, rather than merely procedurally difficult, to amend or repeal an Act. Of course, it might be argued that time-limited absolute entrenchment is different, because its “absoluteness” subsists only for a fixed period, meaning that it is not truly absolute. However, I think it extremely unlikely that a court would accept that Parliament could tie its hands in this way, given the existence of only (at best) luke-warm judicial support for the less-radical argument that it can contingently entrench legislation.

Where does this leave us? Legislation purporting to preclude tax rises might well prove politically significant. But its legal significance would, for the reasons set out above, be limited or non-existent. The Conservative Party presumably wants voters to believe that such legislation would make it legally impossible for the tax pledge to be broken. It would not. And for that reason, the charge of political gimmickry is a fair one.

Public Law for Everyone is written by Mark Elliott. Mark is Professor of Public Law and Chair of the Faculty of Law at the University of Cambridge. He is also a Fellow of St Catharine's College, Cambridge. From 2015 to 2019, he served as Legal Adviser to the House of Lords Constitution Committee. The views set out on this blog are purely personal.