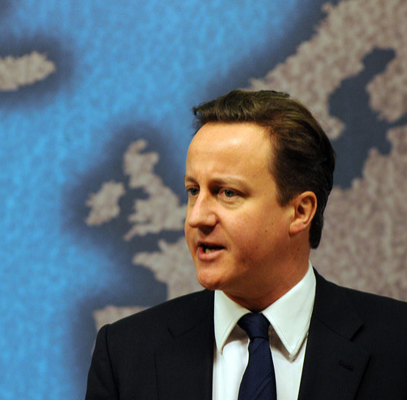 Earlier today, the Conservative Party published its European Union (Referendum) Bill. The full text of the Bill can be found here on the Party’s website. The likelihood of its being enacted is very slim, and it seems clear that it has been published in order to stem the increasingly shrill noises emanating from some parts of the Conservative Party. (Whether it will succeed in doing so is another matter.) However, leaving the politics to one side, it is worth making a very simple legal point.

The point is simply that even if the Bill were enacted, it does not follow that there would necessarily be a referendum. This may seem surprising, given that clause 1 of the Bill reads (in part) as follows:

(1)  A referendum is to be held on the United Kingdom’s continued membership of the European Union.

(3)  The Secretary of State shall by order appoint the day on which the referendum is to be held.

It is clear, then, that if this Bill were to become law, the law would require a referendum to be held before the end of 2017—and the Secretary of state would be acting unlawfully, by breaching clause 1(3), if a date were not appointed. But what if, after the 2015 election, the new Government were opposed to a referendum? In that scenario, nothing—or, at least, nothing in law—would prevent it from getting Parliament to repeal the legislation requiring a referendum to be held.

It is elementary constitutional law that legislation enacted by Parliament can also be repealed by Parliament. Even if the present Parliament were to attempt to tie the hands of a future Parliament by stating that the legislation could not be repealed, such an attempt would not succeed. According to orthodox constitutional theory, Parliament cannot bind its successors in such a way as to make legislation incapable of being repealed. (Opinions differ about whether Parliament can make it harder than usual to repeal legislation—e.g. by stipulating that there would have to be a two-thirds, rather than a simple, majority in favour of repeal.) But, in any event, the EU (Referendum) Bill purports to do neither of these things: it does not seek to prevent itself from being repealed, and nor does it attempt to make repeal any harder than normal.

The upshot, then, is that a new Government in 2015 would be free, subject to parliamentary support, to secure the repeal of the referendum Act, thereby removing any legal obligation to hold a referendum. Even if the House of Lords were unwilling to support such new legislation, it could be enacted without the Lords’ support under the Parliament Acts 1911-49. Of course, depending on the political weather at the time, it might be politically difficult to repeal the legislation providing for a referendum. (People might, for instance, dislike being denied an anticipated opportunity to express a view.) But that simply serves to underline the fact that the proposed legislation, notwithstanding all the talk about enshrining an EU referendum “in law”, is ultimately about nothing more than politics.

Public Law for Everyone is written by Mark Elliott. Mark is Professor of Public Law and Deputy Chair of the Faculty of Law at the University of Cambridge, and a Fellow of St Catharine’s College, Cambridge. He also served, from 2015 to 2019, as Legal Adviser to the House of Lords Select Committee on the Constitution. Mark can be found on Twitter as @ProfMarkElliott. Many of his research papers can be downloaded via his SSRN author page. Views set out on this blog are expressed in a purely personal capacity.