Tomorrow (4 September 2012) the European Court of Human Rights in Strasbourg will hear four cases concerning the right to freedom of religion and its limits. Two of the applicants […] 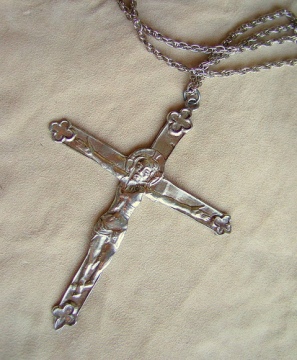 Tomorrow (4 September 2012) the European Court of Human Rights in Strasbourg will hear four cases concerning the right to freedom of religion and its limits. Two of the applicants (ie the people bringing the cases), Nadia Eweida and Shirley Chaplin, are practising Christians who wished to wear crucifixes at work, but whose employers forbade them to do so. The third applicant, Lilian Ladele, was a Registrar who felt it to be incompatible with her religious beliefs to do anything that would condone same-sex relationships; as such, she faced dismissal because she refused to perform civil partnership ceremonies. The fourth applicant, Gary McFarlane, was a relationship counsellor who held views similar to those of Ladele; he was dismissed because of his reluctance to agree to counsel same-sex couples. In the UK courts, none of the four applicants succeeded – hence their decision to take their cases to the Strasbourg Court.

In the UK courts, none of the four applicants succeeded – hence their decision to take their cases to the Strasbourg Court. The issues raised by the cases are highly controversial. Indeed they raise fundamental questions about the nature of western societies today, and about the extent to which they give priority to secular or to religious values. On the face of it, the European Convention on Human Rights – which is what the Strasbourg Court will be applying – gives strong protection to religious freedom. The Court will have to apply Article 9, which says:

(1)  Everyone has the right to freedom of thought, conscience and religion; this right includes freedom to change his religion or belief and freedom, either alone or in community with others and in public or private, to manifest his religion or belief, in worship, teaching, practice and observance.
(2)  Freedom to manifest one’s religion or beliefs shall be subject only to such limitations as are prescribed by law and are necessary in a democratic society in the interests of public safety, for the protection of public order, health or morals, or for the protection of the rights and freedoms of others.

“Freedom of religion”, including the freedom to “manifest one’s religion”, is thus a fundamental right protected by the Convention. Yet the right (like many in the Convention) is not an absolute one. In particular, the right to “manifest one’s religion or beliefs” can be limited, provided that the conditions set out in Article 9(2) are satisfied. In practice, this means that the Court has to carry out a balancing exercise (known as the “proportionality test”).

On the one hand, the Court has to decide how important the manifestation of religion or belief is in the particular circumstances of the case. For instance, some practices (eg the wearing of particular forms of dress by Muslim women) are required by religious doctrine, while other practices (eg the wearing of a cross by a Christian) are considered desirable by some followers of the religion in question (eg in order publicly to proclaim their faith) but may not be required as such. Preventing a a required practice is a more significant restriction of the right to manifest one’s religion than preventing a practice that is merely considered desirable.

Indeed, restricting a practice that is merely desirable but not required probably does not even engage (ie trigger the protection of) Article 9 in the first place: for example, the English High Court has held that wearing a ring to signal Christian-inspired belief in sexual abstinence outside of marriage is not a “manifestation of religion” because the wearing of such a ring is not a requirement of Christian doctrine. Of course, between these positions – clearly required practices and those that are merely perceived as desirable – there is a grey area: for instance, whether a given individual perceives a given practice to be required may depend on whether the person concerned ascribes to a stricter or more liberal form of the religious belief system in question.

On the other hand, the Court has to consider whether the restriction of religious freedom is being carried out for one of the legitimate reasons listed in Article 9(2) – and, if so, whether, in the circumstances of the case, the reason for the restriction is strong enough to justify the restriction. For instance, in the Chaplin case, the wearing of jewellery in general – not crossesin particular – was regulated by a uniform policy on health and safety grounds, and the English Court of Appeal ruled that this could be an adequate justification for the limitation of the right. (For a further example, see this article in the New York Post on a decision to ban, on health grounds, a particular form of Jewish circumcision.)

These are not questions with “correct” answers that can be identified in a scientific or purely objective way: the relative importance of (in the first place) the particular instance of religious observance and (in the second place) the purpose being advanced by limiting religious freedom ultimately reduce to value judgements. Courts frequently confront such issues in human rights cases, but the religious dimension can add an extra layer of complication – not least because the court may be presented with rival interpretations of religious doctrine that show the importance of the contested practice in different lights. An interesting example of this can be found in the Denbigh High School case, in which the courts were called upon to determine whether a school’s uniform policy which prohibited the wearing of the jilbab, a strict form of Islamic dress, was inconsistent with the claimant’s right to freedom of religion under Article 9. (In the end, the House of Lords – the forerunner of the Supreme Court – held it was not, on the ground that the school had carefully considered the issues, and that it was not for the court to second-guess the school in those circumstances.)

Although hearing the cases tomorrow, it will be some time before the European Court’s decision is known. I will post about the decision in due course, but in the meantime, you might like to reflect on the following questions:

If you want to read more about the right, under Article 9, to freedom of religion, a good starting-point is this factsheet published by the European Court of Human Rights, giving short summaries of  cases in which the right has been at stake. Also worth reading is this interesting piece by Andrew Brown on the Guardian‘s Comment is Free site.

Administrative Law is a leading text on English administrative law. The fifth edition, written by Mark Elliott and Jason Varuhas, was published by Oxford University Press in 2017. The book combines carefully selected excerpts from key cases and other materials with detailed commentary and analysis.